This song by the Sensational Alex Harvey Band has been for years the song I go to in moments of deep sorrow.

overdoses in satin and silk 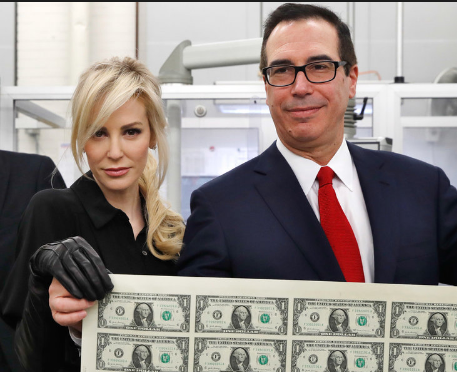 some others who can’t feed their children

’cause they don’t have the money for milk… 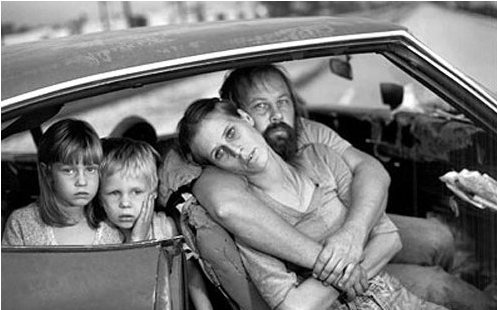 There are some folks got nothing to live for

Some folks got nothing to lose

So don’t ask me for pity 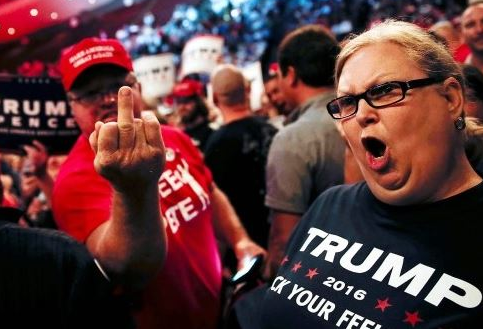 There is no complaints department

It’s only up to you

In the wake of the last few days of news, it must be stressed. It’s only up to us. We can’t wait for the cavalry. We are the cavalry. We can’t depend on the Democrats, the mainstream media, or the courts. Even if Robert Mueller has the blood that was on Trump’s hands in his possession, it may not be enough.

It is up to us and it always has been but never has it been clearer than right now. Every day feels like a setback but if we push back then we might eventually get America to be what we were told it was when we were children.

I give up. You win, twitter. Fuck you. I did what you asked me to. I deleted the bullshit tweet that made fun of Donald Jr. but I still couldn’t post. I could look around and post PM to friends but I couldn’t tweet or RT.

Why would I want to use twitter when I can’t tweet or RT? What’s the point? Fuck you.

I appealed my suspension but my appeal failed so I conceded and deleted the tweet. Fuck you. You have actual fucking Nazis and fascists on your platform. And I’m suspended. I’m now unable to tweet for another week because I tried to tweet a Kentucky state senator for talking shit to me.

Which reminds me. . . I think I know who reported me. It was not Sady Doyle. She’s now following me. I didn’t expect that. I probably agree with her on more stuff than I don’t but I’m still surprised.

I think it was my state senator Joe Bowen who reported me. Bowen is retiring at the end of this term and not a moment too soon, as he voted for the unpopular pension reform plan. Last week, I called him and Matt Castlen (my representative who also voted for the bill) frauds. While I was suspended, Bowen sent me a tweet basically calling me an internet tough guy. I tried to reply and tell him I would be glad to call him a fraud in person and I think I’ve extended my non-tweet-or-RT by another week.

Fuck that, fuck twitter, fuck Matt Castlen and double-fuck old Joe Bowen. Matt Castlen is the heir to Joe Bowen’s seat in the state senate. NO HE IS NOT. I’m voting Bob Glenn in November and I’m not even thinking twice about it.

Joe Bowen, if you have Google alerts, I’ll be glad to meet you in person to call you a fraud. You think I’m a twitter tough guy. You look you died years ago and you haven’t caught on yet. 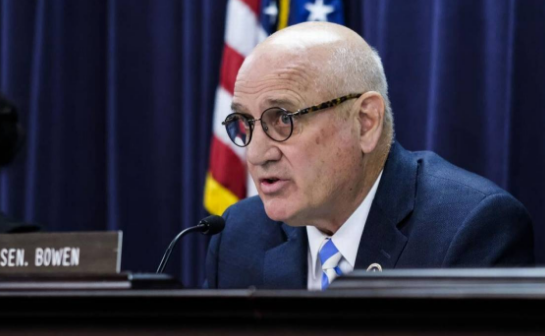 Today this happened. Warning: trigger words in the image below.

I’ve appealed my suspension but as of now I am suspended for the next seven days from twitter. twitter might be doing me a favor. All I have to do is delete that tweet and I can be unsuspended. No. Fuck them. twitter needs its’ users more than we need them.

I sort of enjoy the idea that Don Jr. is sitting at home going through his mentions and reporting people because he doesn’t have anything better to do. His wife left him, she took the kids. He’s sad, alone, eating takeout, crying to twitter about what the bad man said. There are actual nazis on twitter.

By the way, they can capitalize “twitter” all they want. I won’t. They don’t deserve it. And it’s not like I’m making fun of gays or the disabled. I’m making fun of Donald Jr. and his shitty dad. I should know and do better but in this case, I regret nothing.

Ohhhhh. . . it just occurred to me that I called out author S@dy D0yle for vanity searching on Reddit last night. Perhaps she is the one who went through my history and reported whatever she could scrounge up. That tweet about Don Jr up above is from May 31. It’s June 14th. You’d think somebody would have been upset about that way sooner than two weeks later.

I am could be one of the few people on Twitter who has been reported by both S@dy D0yle and G@vin Mc!nnes. I have to type it like that so it won’t crop up in their Google alerts. If you’re gonna vanity search yourself, you will have a very bad time.

In the last twelve hours I have come across some truly shitty takes as to why people are committing suicide more than they used to. It’s as if everyone raced to the computer to fire off the shittiest word salad they can conjure with barely a half-thought. Meanwhile I’ve taken about fourteen hours to conjure up this which makes this a lukewarm take.

I have a theory as to why more and more people are committing suicide in America: because this country sucks from a shitpipe.

Don’t believe me? Let’s take a look at what has happened since 1999 in this dumb fucking hellhole.

You can start to see how American life gets on top of people. When the dissonance between your inner doom and the asshole on TV telling you that America is the greatest country that God ever invented. You look around the town where you live and see how bad things are and it doesn’t fit with the news that the Dow Jones hit a new high today. You know you’re being lied to and all you really want is two things: for somebody to be upfront and honest with you, and for someone to treat you with some humanity.

I would leave the US if I could. I don’t love it, but I can’t afford to go. It wouldn’t be the end of mine or your problems. But maybe if this was a better place, it wouldn’t exacerbate the problems you already have.

I don’t blame anyone for checking out early. They’re not weak or cowards. They’re just pressing stop on a shitty movie. We are not much better than the countries we call our enemies, in that our country does the bare minimum to give its residents a viable way of life.

My generation watched the plug get pulled on a vegetative American dream. Hopelessness and helplessness are far for the course.

I bring a sliver of good news to you in these shitty times.

My bandcamp is up and running. You can buy the Kentucky Prophet album “Beyond The Fringe” for $7.

In time I will also release other music I have made. Kentucky Prophet, Mr. Neutron, you name it. . . going all the way back to 1997. From the indie-released to the self-released to the never-released, I will finally share it with you, one piece at a time. Some of the pieces are better than others.

Technology Vs. Horse’s music is already on bandcamp but that is only part of my story.

“Beyond The Fringe” was initially self-released in 2007. Produced by DJ Cappel and Smitty, it contains fan favorites like “It’s A Wonderful Life” and “I Sell Drugs To Celebrities”.

This digital release comes with a bonus track from the “Fringe” sessions, “Valet Parking At The Polo Lounge”.

I’m finally going to let you hear my life’s work. This is exciting.